Modular connectors come in four size: 4-, 6-, 8-, and 10-position, where a position is a location for a contact. Not all of the positions may have contacts: when contacts are omitted, they are typically done so from the outermost two contacts inward, such that the number of contacts is always an even number. 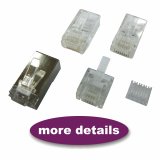 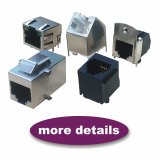